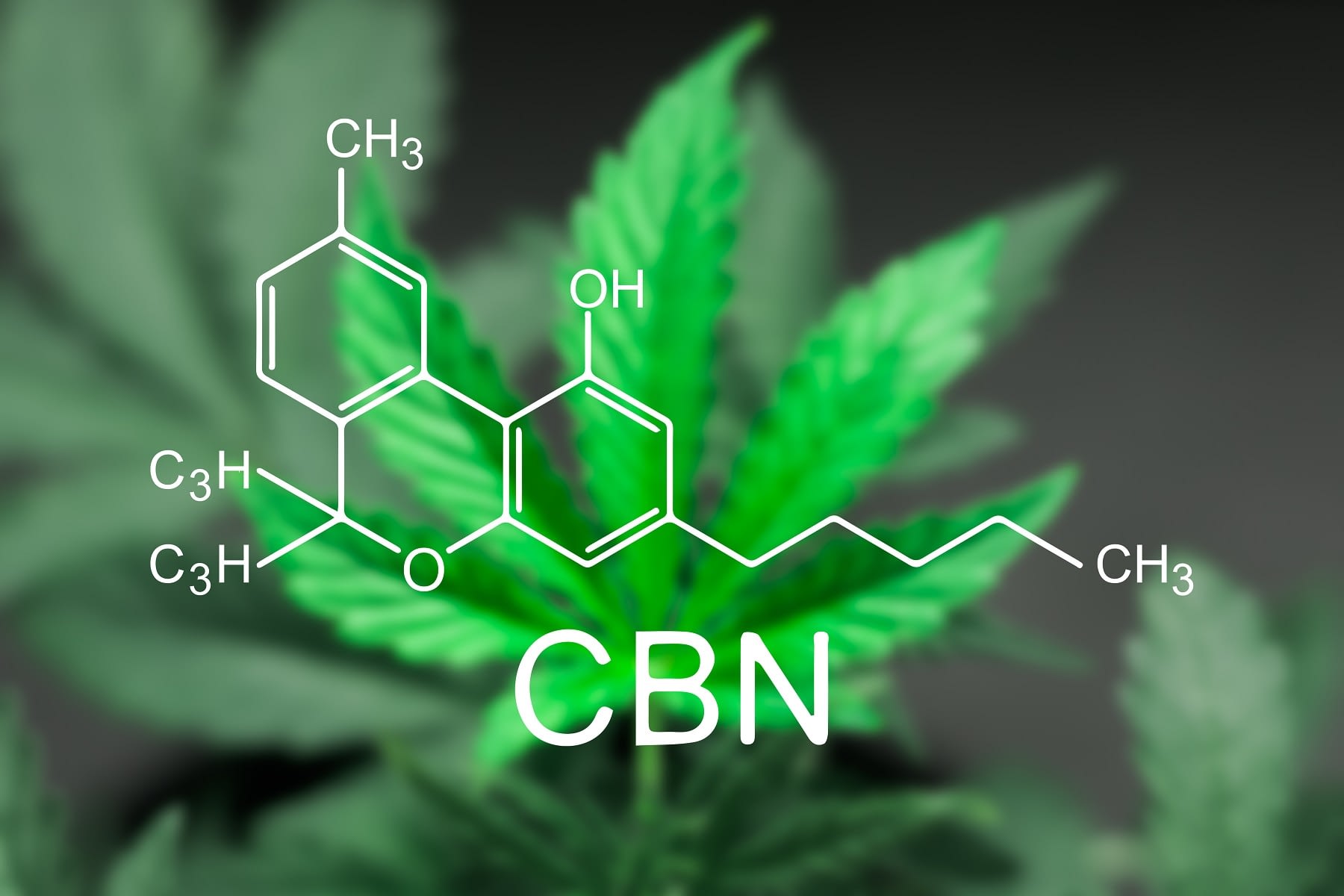 There are over 100 known cannabinoids about and CBN is one of the lesser know ones. None the less we are going to tell you everything we know in this guide.

What is Cannabinol (CBN)

CBN, short for Cannabinol is one of the cannabinoids that derived from the cannabis plant that can have its own effects on the body.

How is CBN Made?

CBN is actually made from the breakdown of THC. walk through the process.

The cannabis plant makes enzymes that break down CBG-A into its raw Cannabinoids like THC-A and CBD-A, these are the raw cannabinoids before decarboxylation when they turn to THC and CBD.

Decarboxylation is removing the carboxylic acid group from a cannabinoid. This can be done many different ways, one common one is heat, such as smoking or cooking the raw material. So when you smoke CBD-A, it is being turned into CBD when it is heated, and the same for THC-A becoming THC when smoked.

If THC-A is left raw and has the chance to age then it turns into CBN-A, which turns to CBN.

So you see there is a long path for CBN to be created and it is nowhere near as common as THC and CBN in the plant which is probably why there has been less research on it.

What does CBN Do?

Research is still being done and we cannot make any medical claims on this site for legal reasons but we are going to lay out what we do know and the latest research being done on CBN.

One of the most common effects you may have heard of for cannabinol is sleep. Steep Hill, a company that makes a CBN product claim the following:

“The consumption of 2.5mg to 5mg of CBN has the same level of sedation as a mild pharmaceutical sedative, with a relaxed body sensation similar to 5mg to 10mg of diazepam”

That is a big claim and if true shows some powerful effects of CBN for sleep.  Some early research in 1975 suggests that CBN increases the drowsiness effect of THC when combined with it.

A study in 1973 showed that CBN was an anticonvulsant as well as THC and CBD, however, CBN performed the worst of the three, but was still effective.

CBN has a very low or no psychoactive effect

CBN can increase appetite. In a 2012 study from the UK showed an increase in appetite after being given CBN.

In another study in 2004, CBN was shown to delay the onset of symptoms of ALS.

Other things that CBN have been reported to help are:

As you can see there is not much research to look back through on CBN to give a really clear understanding of exactly what CBN does inside us and the effects it can have.

There is more and more being done every day and we will be sure to update this guide as soon as we know of the next advancement.

What we do know is that the low concentrated cannabinoid of cannabinol has the potential to be a powerful tool to help us with many things.

As always if you have any input or comments then please let us know in the comments or get in touch.

See you next time!