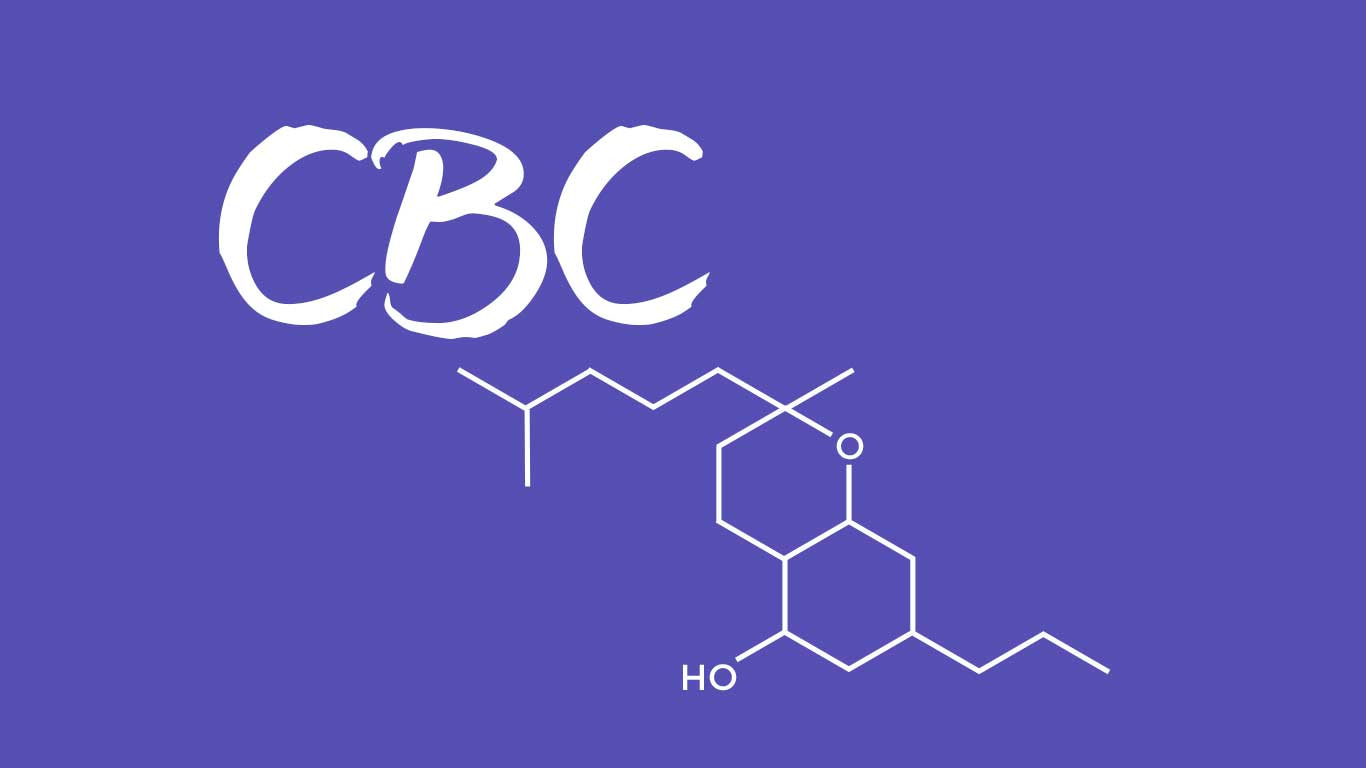 Another one of the lesser known but very important cannabinoids is CBC.  CBC was discovered back in the 60’s but unfortunately has not had a whole load of research on it.

We are going to go through all the latest research that has been done to explain what CBC is, How CBC interacts with your body and what the effects are.

Because of where we are we cannot make any medical claims, what we are committed to doing is bringing you the facts. We want this to be a trusted source of information without all the sales hype and unjustified claims.

CBC is short for Cannabichromene

How is CBC Made?

CBC is like CBD and THC, derived from CBG. More specifically CBG-A.

Depending on the enzymes that go to work on the CBG-A, the ‘stem cell cannabinoid’ gets turned into CBC-A. Interestingly, like when we talked about THC-A becoming CBN-A over time, CBC can also transform with age and other factors, CBC-A turns into CBL-A(Cannabicyclol).

From being CBC-A, it gets turned into CBC through the same process as THC-A becomes THC.

A study in 1981 showed CBC to be the second most common cannabinoid after THC. These days, it seems unlikely that is true due to the amount of breeding that has taken place on the cannabis plant since then. Most plants have a higher concentration of THC or CBD than anything else.

What does CBC Do? How does CBC interact with the body?

We know about the main two cannabinoid receptors CB1 and CB2 already. CBC does not bind well to the CB1 receptor which is probably why CBC is non-psychoactive.

We also know that Cannabichromene does not bind too well with CB2 receptors either.

So if it doesn’t bind well to the CB1 and CB2 receptors, what does it do?

CBC binds with other receptors in the body which include vanilloid receptor 1 (TRPV1) and transient receptor potential ankyrin 1 (TRPA1). We talked a little about TRPV1 in the CBD guide and CBC will interact in a similar way. TRPV1 is known to regulate pain perception, inflammation and body temperature and one of the most noted is helping with inflammation.

TRPA1 is an ion channel located on the plasma membrane of many human and animal cells.

CBC is the most potent agonist of the TRPA1 channels. Although at a lower potency, CBC is also able to activate TRPV3 and TRPV4, and block TPRM8 receptors in the same cellular and functional outcome

By binding with these receptors CBC inherently reduces the uptake of the natural endocannabinoid anandamide, meaning the ‘bliss molecule’ stays in your blood for longer before being broken down by FAAH.

Because of this, you get all the mental and physical benefits of anandamide on a larger scale. Anandamide can help with a number of things such as brain cell regeneration, better moods and breast cancer reduction.

There are many studies pointing to CBC helping with inflammation in various ways.

It is also studied that along with CBD, CBC could be a great anti-acne treatment.

To help the anandamide with the anti-depression, CBC is also shown to help with depression in conjunction with THC and CBD. The study also shows that up to 10 times less CBC was needed for the same antidepressive effect as CBD.

This study indicates that CBD can help with the growth of adult stem cells. This could help with neurodegenerative diseases like Alzheimer’s.

Pain relief is another benefit that a study suggests.

CBC is also shown to have antibacterial effects.

CBC also might be good for diarrhoea as a constipation free alternative to other treatments.

We hope this gave you a better understanding of Cannabichromene, what CBC does and how it interacts with your body to suggest these medical benefits.

As always, if you have any questions then please do let us know.